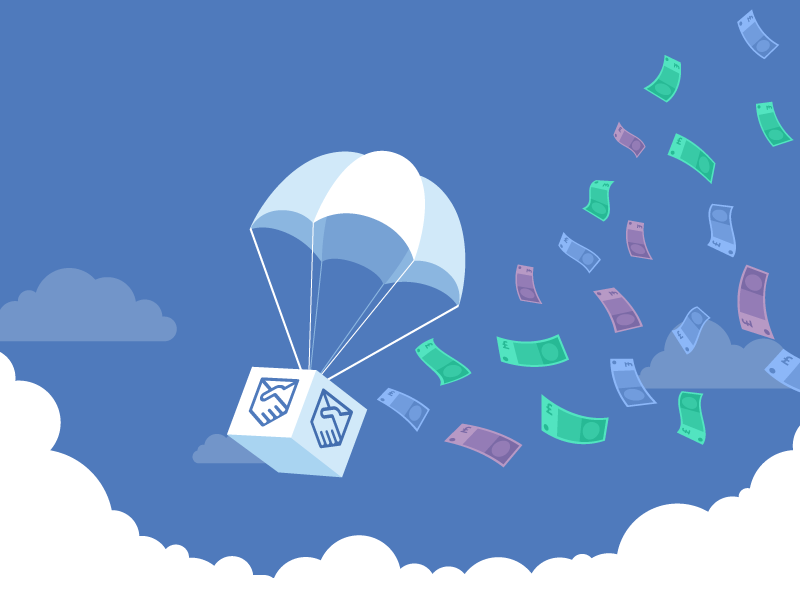 An airdrop is a free distribution of cryptocurrency tokens. Airdropped tokens are given to users who fulfil certain conditions, such as holding a specific coin or sharing information about an upcoming project online. You will get to know about crypto airdrop here.

You can use them on the platform that created them or sold for profit. Sometimes they use it as an incentive to get people involved with the new venture and spread awareness about it. The ultimate goal is usually to increase demand for the token in question so that more people buy it when it goes live on exchanges. The goal of an airdrop is to distribute the coins according to a predefined rule and method, which may vary from project to project but generally consists in rewarding existing users.

What is a crypto airdrop, and how does it work?

Crypto airdrops are a popular way for startups or developers to distribute tokens to their community. Airdrops are when a company gives away a certain number of its tokens to users without paying any fees. They do this by giving away tokens in the form of free tokens, coins, or other digital assets. This allows new users to access the platform or product without paying anything upfront.

It is a distribution of tokens or digital assets to users or participants of a blockchain network without any need for an ICO or other initial coin offering (ICO). Airdrops are often used to distribute new coins and tokens before they are available to the general public. You can also use them to reward early adopters or supporters of a project.

You can do airdrops for various reasons, such as:

For example, you might do an airdrop by sending new coins to the wallets of anyone holding Bitcoin on December 31st, 2019. Anyone who held Bitcoin would receive their new coins in addition to the Bitcoin they had.

How Airdrops can help?

Airdrops may also be done when a team wants to promote and build awareness for their new token or project on social media. They will run an airdrop by distributing free tokens through communities, forums, and other platforms. For example, a team may choose to run an Ethereum-based ERC20 smart contract that gives away its tokens to anyone who signs up on their website.

You can find airdrops by browsing through crypto websites or following specific Twitter accounts that announce them. You’ll have to sign up for the service being offered to receive any free tokens from the company or project. Once you have signed up and confirmed your email address (or other information), go back into your inbox for instructions about how you can participate in the giveaway!

An example of this might be distributing tokens when someone retweets an announcement or shares it on Facebook. This ensures social proof or brand awareness around the new coin being launched before it even launches on exchanges and is traded with other cryptocurrencies.

Airdrops are usually given out in a few different ways. The most common way is to share an announcement about the new coin being launched on social media or retweet it. You might have to sign up for or follow a social media account before receiving your reward coins.

In this post, we have told you about airdrops. Airdrops are a way for crypto projects to reward existing users and build brand awareness. They can be done by sending coins directly to the wallets of existing users or by giving away tokens to anyone who completes some other action like sharing information about an upcoming launch on social media. Remember, you should trade cryptocurrency from only trusted software such as bitcoin trading software. Only trusted software can secure your investment. To participate in an airdrop, you only need an Ethereum wallet that supports ERC20 tokens.